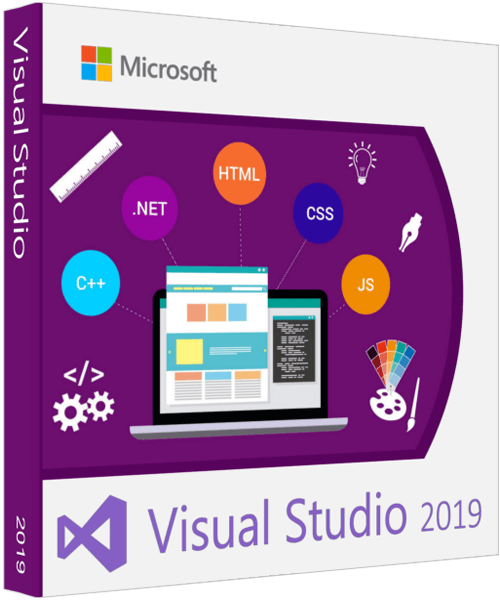 This is the installer of the build tools from Microsoft (i.e., this is all that is needed to build projects but without a development environment, without an IDE). If you need with a development environment, then install this
More specifically, unlike the full studio, this installer does not include the VS IDE Core component and, accordingly, you cannot install the visual development environment through BuildTools. Through this, an attempt is made to reduce the weight of the installer and reduce the size and impact on Windows. BuildTools does not provide any additional features (that is, this is a type of "toolchain from small soft" ... it seems to me it would be worthwhile to call this modification so that everything would be clear at once ... but apparently the desire to be unique and inimitable prevents them from using calmly already available terms ).
Installation:
Disconnect from the Internet ... so that the installer does not download the lists of installed components for the most recent version ... the one that may not yet be in the distribution. If this happens, then the installer may no longer have enough of what is in the distribution and download errors may appear
If the installer does not have access to the Internet, then install certificates for self-diagnostics of the installer by executing Certificates_Setup.cmd
ON BEHALF OF THE ADMINISTRATOR Then run Setup_BuildTools . cmd, where X specifies the version number you want to install (i.e. 16.8.X)

Pay attention to the possibility to vote in the distribution header .
In the distribution from the BuildTools edition, old versions of C ++ compilers were removed so that the distribution size was smaller and it would already be advisable to have a separate distribution for BuildTools. Whoever needs old compilers, you can install BuildTools from this distribution (well, either give the installer access to the Internet ... he will then download the necessary one during installation)
The removed components are so unimportant that you simply cannot select them from the first tab of the installer. On the second tab, in order not to run into missing components, you should not select those components that contain "14.2x" in their name, where x is from 0 to 7 ... the latest version (14.28) is naturally left. In short, speaking graphically from C ++ compilers, only this is left:

Apart from the old C ++ components, nothing has been cut out. Those. if you are not interested in C ++, then you can safely put anything you want offline

More on BuildTools update issue
If you encounter a problem with the update, to begin with, you can try to simply restart the update process (i.e., pause the update, restart the installer and resume the update). If it doesn't help, then try the following.
If you remember the name of the folder from where you installed the studio, then make sure that the installer from this distribution starts from the folder with the same name (rename / move the folder or, it's easier, make a symlink ... if you can of course). If you do not remember where you installed it, then before updating, you better save your component configuration to a file, so that if the update breaks down, you could rearrange BuildTools with less effort using the saved component configuration (when reinstalling, you do not have to select your components manually).
If you have access to an Internet, then this problem with updates is not particularly critical for you (just some of the components that the installer will see on the disk will be downloaded from the Internet).

Other restrictions
Administrator rights are required to install Visual Studio.
.NET Framework 4.5 is required to install Visual Studio. Visual Studio requires .NET Framework 4.7.2, which will be installed during setup.
Windows 10 Enterprise LTSC edition and Windows 10 S are not supported for development. You may use Visual Studio 2019 to build apps that run on Windows 10 LTSC and Windows 10 S.
Internet Explorer 11 or Edge is required for internet-related scenarios. Some features might not work unless these, or a later version, are installed.
For Hyper-V emulator support, A supported 64-bit operating system is required. A processor that supports Client Hyper-V and Second Level Address Translation (SLAT) is also required.
For Android Emulator support, a supported processor and operating system is required.
Universal Windows app development, including designing, editing, and debugging, requires Windows 10. Windows Server 2016 and Windows Server 2012 R2 may be used to build Universal Windows apps from the command line.
The Server Core and Minimal Server Interface options are not supported when running Windows Server.
Running Visual Studio 2019 Enterprise in Windows containers is not supported.
Team Foundation Server 2019 Office Integration requires Office 2016, Office 2013, or Office 2010.
Xamarin.Android requires a 64-bit edition of Windows and the 64-bit Java Development Kit (JDK).
PowerShell 3.0 or higher is required on Windows 7 SP1 to install the Mobile Development with C++, javascript, or .NET workloads.