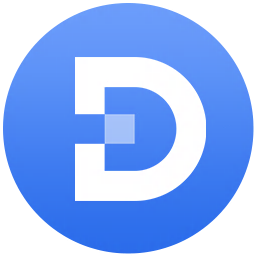 Disney Plus has approximately 7,000 television episodes and 500 films, including original television series and films from Disney Channel and Freeform, and select titles from 20th Television and ABC Signature. And it is also built around content from Disney's main entertainment studios and film and television library. With Kigo Disney+ Video Downloader, users can easily download these films, original series from Disney+ and save to MP4 or MKV format with high quality and fast speed.

Save Disney Plus to MP4 / MKV
Disney Plus users can only download video contents to their iPhone or iPad, Fire tablet, and Android devices via the mobile app. It doesn't allow downloading to the computer. That is also why you can't play Disney Plus videos on your Windows Media Player, VLC Media Player, MP4 player and so on.
Kigo Disney+ Video Downloader lets users download various movies or TV shows or series from Disney+ to MP4 or MKV format with excellent quality.

Smart Search and Add
Here is a smart search engine built-in Kigo Disney+ Video Downloader, and if users don't want to open to copy video link, they can easily input the video title on the program and then search the videos you want to download.

Fast, Simple and Easy
The Disney+ Video Downloader is designed to grab and download Disney+ video contents directly. It also supports Intel / Nvidia / AMD hardcore acceleration if possible. And the download speed is also ideal and you can choose the download quality. 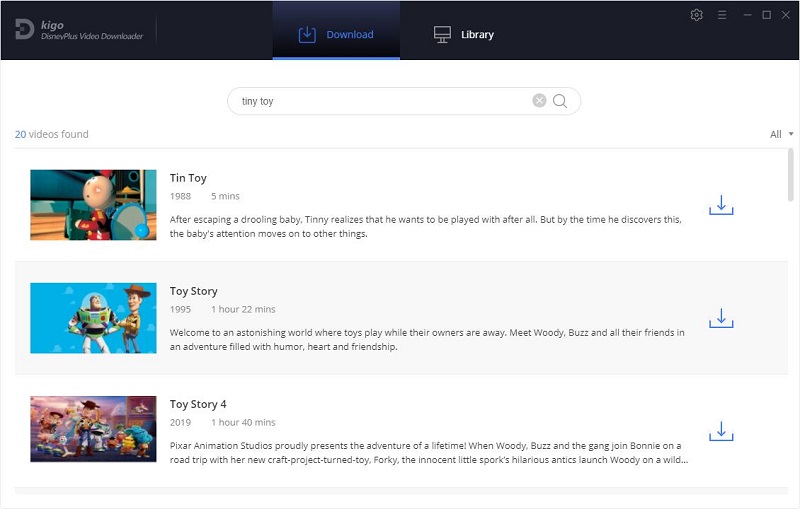